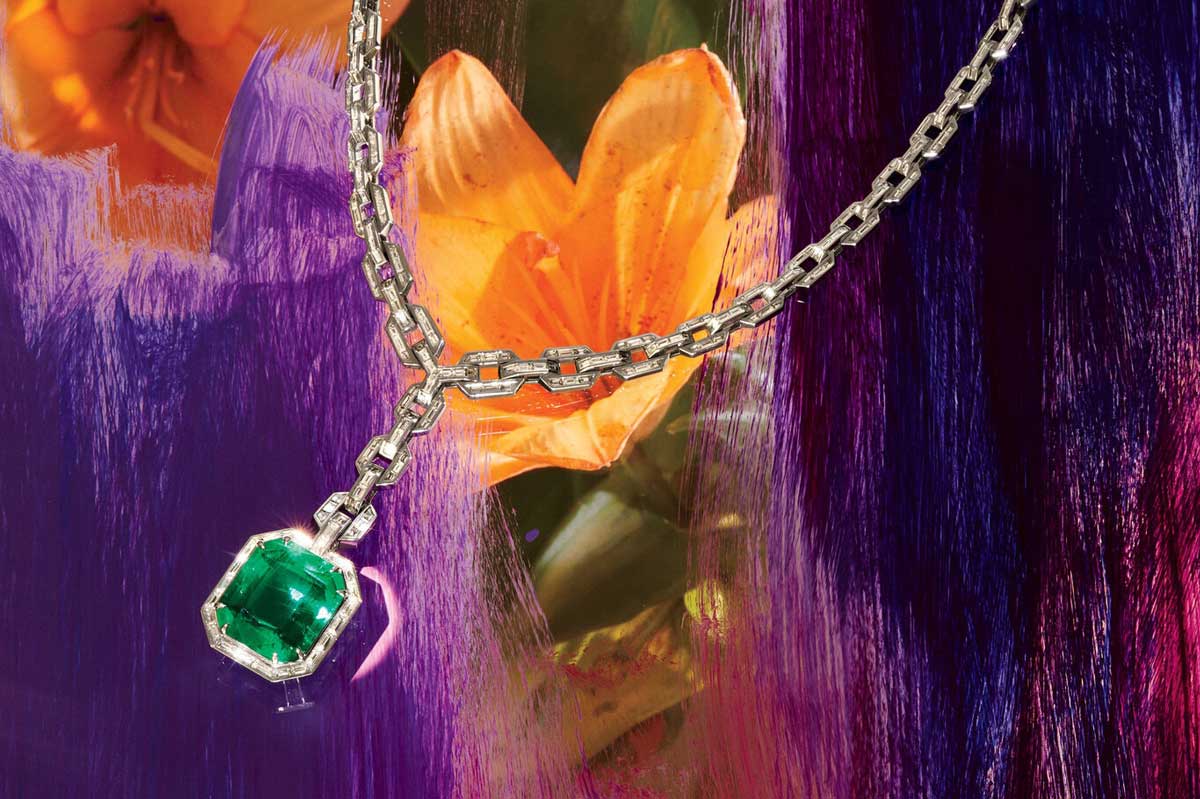 David Yurman, originally a sculptor, founded his namesake jewellery business in New York with his painter wife, Sybil, four decades ago. Their son, Evan, now 39, began collecting unique precious stones in his 20s. Already working for the family firm by then (he’d designed his first piece for the brand, a pair of cufflinks, at age 11), Evan was obsessed with his rare gems — a 50-carat Kazakhstani spinel and a giant museum-quality opal from Lightning Ridge, New South Wales, among them.

“My parents thought I was insane, paying that much for single stones,” he says. He never made them into jewellery, but a few years ago, when the family moved into high jewellery to complement its more accessible designs, Evan, now the chief creative officer, realised it was at last time to part with some of his treasures. So far, he has designed nearly 20 pieces using his private stash, including this white-gold diamond chain necklace with a 31-carat Colombian emerald pendant. He had the gem reconfigured into an antique cushion cut, which contrasts with the modern setting. “It’s vulnerable for me to let these stones go because they’re so personal,” he says. “When they’re gone, they’re gone.”

A version of this article appears in print in our third edition, Page 49 of T Australia with the headline:
‘The Thing’
Order a copy | Subscribe