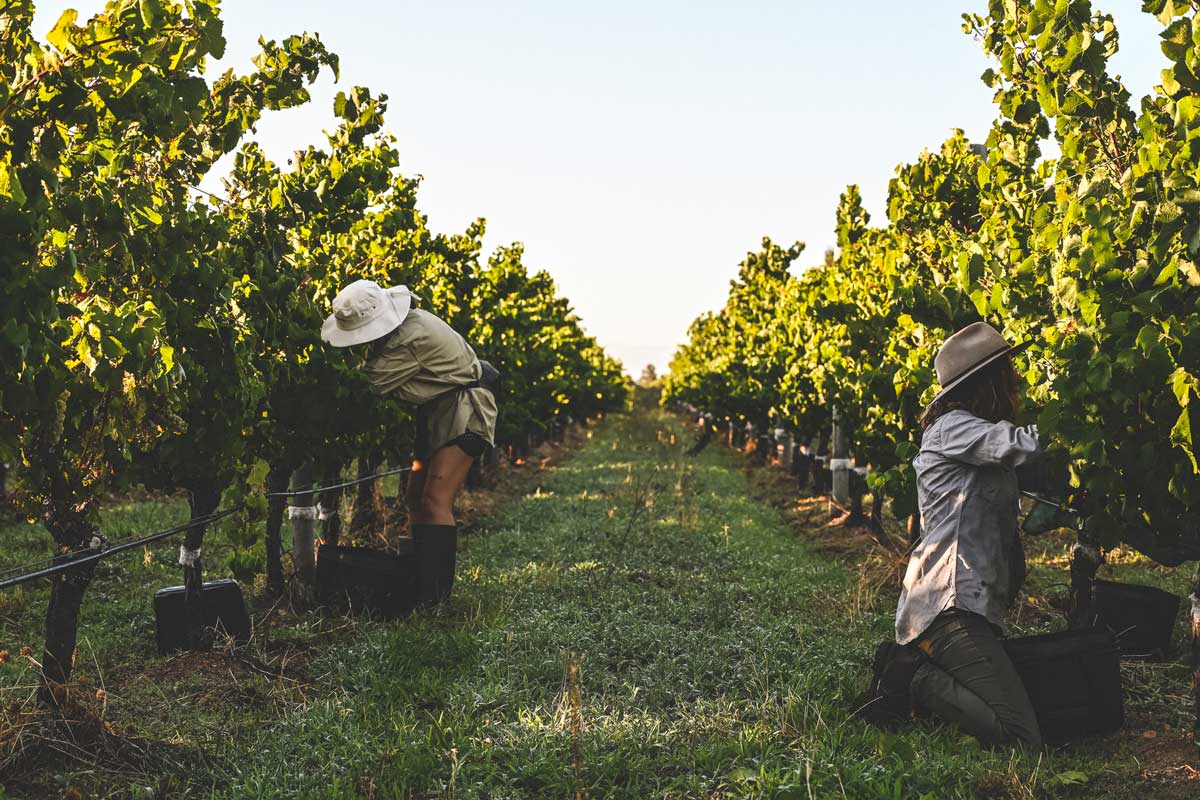 Planted in 1978 by Peter and Jennifer Gherardi, Voyager Estate has established itself as one of the region’s showpiece cellar doors. Photography courtesy of Voyager Estate.

The 2021 vintage was a challenging one for Margaret River. In addition to labour shortages, the region also contended with atypical weather throughout the growing season including, crucially, rain and rising humidity at harvest time. Some properties, however, fared better than others.

“It was a challenging year from a disease perspective, but being organic we were in a better place and everything was ripe at the right time and we picked beautifully clean fruit,” says Steve James, the head of winemaking at Voyager Estate. “Chatting to a few other organic people down here this year, it was the same story.” James talked with various conventional winemakers and says he “could tell they were preparing for me to tell them it [the vintage] was a disaster, but it was very much the opposite”.

Planted in 1978 by Peter and Jennifer Gherardi, Voyager Estate has established itself as one of the region’s showpiece cellar doors, thanks largely to the vision (and bankroll) of miner Michael Wright, who bought the property in 1991. While opulent Cape Dutch architecture and manicured gardens denote Voyager as an operation with style, the estate’s green credentials tick plenty of boxes for substance.

According to James, Voyager has employed regenerative farming practices for the past 20 years, with composting, planting cover crops and use of natural-based products for vine and soil health among the initiatives introduced. (When James joined in 1998, the property was farmed conventionally using chemicals.) In 2017, Voyager decided to make its commitment to the planet official and began the process to organically certify its vineyards and winery. To date, 90 hectares of Voyager’s 115 hectares of vineyard are certified, with the remaining vines due to get the green tick by 2023.

While organic viticulture and winemaking require significantly more manpower than conventional operations, James believes it’s time and money well spent, both in terms of job satisfaction of staff (“The crew love working in an environment without toxic chemicals,” he says) and the quality of the end product. “The environment is just one of the key reasons I was trying to go organic,” says James. “My focus as head of winemaking and viticulture is about making wines of place — that’s what fine wine is about. I really believe to achieve that, you need to be farming organically or, if not, pretty damn close.”

Although green might be the flavour of the moment — fellow marquee Margaret River producer Vasse Felix is also in the process of organic conversion, while Cullen has long been celebrated as an organic winemaking pioneer — Voyager’s green credentials date back to 2004. Then-estate manager Alexandra Burt (now the owner of Voyager) established the Environmental Stewardship Team to look at how the business could run greener and cleaner. Today, this process is being driven by Michelle McManus, a farming consultant and, since June, Voyager’s newly appointed head of sustainability.

McManus keeps a diverse beat, but looking after Landsmith Home Farm, a property in Margaret River that is being rehabilitated using the same green principles as Voyager’s main estate, is much of her focus. In time, Landsmith Home Farm will supply produce and meat to Voyager’s restaurant. “There are some really big chunky items we’re working on, but there are always things to incrementally make more positive impacts,” McManus says.

As to the sustainability issues of tomorrow, McManus has packaging, climate change and water security in her sights — not necessarily because they are issues for Voyager Estate, but because they’re issues for the industry as a whole. But as complex as these subjects might be, team Voyager very much believes getting back to basics is the key to protecting the planet. “I’ve never understood complicated farming,” says James. “Farming, in many ways, is about keeping things simple.”