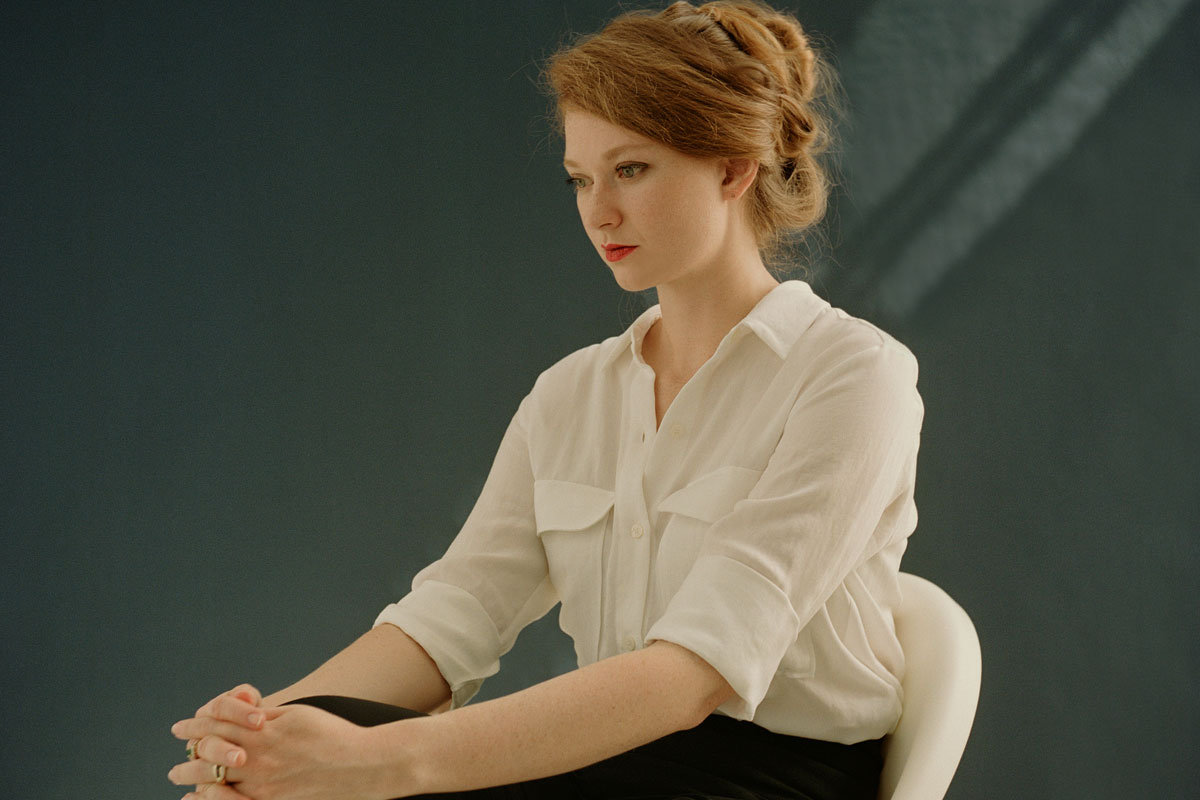 The 29-year-old literary wunderkind Bri Lee — easily recognised by her billowing auburn hair and biting social critique — is great at reading the room. In fact, over the past four years the author and journalist has displayed an oracle-like ability to pre-empt cultural shifts. Her first book, the runaway success “Eggshell Skull”, eviscerated the court process endured by victims of sexual assault in Australia. It draws on Lee’s experience as both a judge’s associate and a complainant in a sexual assault trial. While she was writing “Eggshell Skull”, the cracks in Australia’s justice system were rarely spoken about, but by the time the book hit shelves in early 2018, The New York Times’ Harvey Weinstein exposé had broken the dam of silence about the systematic sexual harassment of women. Lee inadvertently found herself at the epicentre of Australia’s #MeToo movement and “Eggshell Skull” became required reading for women all over.

The following year, Lee released “Beauty”, an extended essay about the influence of the beauty industry on women’s mental health. It arrived in bookstores a month before The New Yorker published Jia Tolentino’s essay on the rise of “Instagram Face”, an unsettling phenomenon that sees young women invest in increasingly drastic surgical procedures to fit an ageless, ethnically ambiguous look touted by the Kardashians and Hadids of the world. Lee’s book was passed around breathlessly among a generation of women that wasn’t quite sure how the fourth wave of feminism had culminated in an explosion of labiaplasty, laxative teas and discount injectables.

In June, Lee published “Who Gets to Be Smart”, a sharp take-down of Australia’s “meritocratic” education system. She began devising the book during a trip to the University of Oxford, where a weekend with Rhodes scholars had her questioning the intersection of wealth, knowledge, privilege and power in Australia, the United Kingdom and beyond. Education reform was a relatively unsexy topic at the time, but as the coronavirus pandemic shone a light on the extent of class divides globally, the themes of “Who Gets to Be Smart” emerged at the forefront of public debate — right in time for the book’s release. Lee had scored a literary hat-trick. “It is almost uncanny,” Lee agrees, speaking to T Australia over Zoom from her home in Sydney. “I first started asking questions about education in 2018. By the time the book was due, everything I had been writing about had exploded into the public conversation.” The Black Lives Matter movement, for example, had re-ignited calls to end the Rhodes Scholarship and for colonial monuments, including the Cecil Rhodes statue at Oxford, to be removed from university campuses. At the same time, Lee says, the Australian government was “deliberately shutting universities out of JobKeeper”.

Part memoir, part academic study, “Who Gets to Be Smart” reveals sobering statistics about the state of public education (how’s this for meritocracy: in 2019, the four richest schools in Australia spent more money on new facilities and renovations than the poorest 1,800 combined). Lee blends the figures with personal musings about the nature of intelligence; she fears she’ll never achieve her potential or be as smart as some of her closest friends, including Damian, a Rhodes scholar, who spends his mornings reading Simone de Beauvoir in French.

It’s deeply uncomfortable to pick at one’s sore spots, to say nothing of laying one’s insecurities bare for the public to pull apart. “By the time I’m at the polishing stage, without fail, I am cringing at the thoughts and opinions and feelings that I expressed in chapter one,” says Lee. “The challenge, for me, is to differentiate my ego from what will make the book good. I think it’s impossible to have growth as an individual and as a thinker without being healthily embarrassed of your younger self.”

Lee is admirably vulnerable in her books, but she also shows immense conviction. In “Who Gets to Be Smart” she takes aim at esteemed institutions, including: the Ramsay Centre, which promotes the study of Western civilisation; The Centre for Independent Studies, a conservative think tank; and The University of Queensland. She’s an outspoken advocate for consent education in schools, and she didn’t mince words when discussing the sexual harassment allegations against the former High Court justice Dyson Heydon (in an article for The Saturday Paper, she wrote: “During his career, the judge spoke viciously about ‘judicial activism’ undermining public confidence in the law. Yet it has been Australia’s recent reckoning with racist cops and a sexist judiciary that has called into question the validity of the entire system.”)

It’s the kind of writing that can make you unpopular with powerful subsects (The Ramsay Centre, for example, has two former prime ministers on its board). Given that Australia is a small place, does she worry about awkward encounters at literary events or terse Twitter exchanges? “That ship sailed in 2018,” Lee says. “After ‘Eggshell Skull’ came out, I came to the painful realisation that a lot of people I’ve never met hate me, or will write nasty things about me, and I have no control over that. If you are somebody who is writing about high-stakes issues and you think you can do that and come out of the other side with everybody liking you, then you can guarantee you haven’t done your job. There’s no way you can critique systems, or powerful individuals within those systems, and expect to be friends with everybody at the end of the day.”

At the suggestion she is brave, Lee — who is straight-talking and intimidatingly eloquent bristles. “I’m only brave to the extent that any creative person putting their work into the world is brave,” she says. And she insists she’s no hero. “I’m very wary of feeling like I’ve done a good job just by writing a book about the problems,” she says. “It’s tempting to think that writing a PhD is political organising but talking about the problems, and talking about the solutions, doesn’t guarantee they’ll be solved.”

Still, she’s giving it her best shot. Lee is currently undertaking a PhD at The University of Sydney. Her thesis? How Australia’s defamation laws undermine free speech. In 2019, when “Eggshell Skull” won Biography Book of the Year at the Australian Book Industry Awards, Lee penned an op-ed for The Guardian highlighting the gag laws that would have prevented the book’s publication had she lived in Tasmania or the Northern Territory. Even with the groundbreaking activism of women such as Tasmania’s Grace Tame, who challenged the law that barred her from speaking about her sexual assault, Australia’s strict defamation rules have prevented the kind of reporting that led to the convictions of Harvey Weinstein and Larry Nassar in the United States. This is Lee’s next crusade. “My own personal compass has always been that if you gain money or any kind of kudos from a powerful system, then you have an obligation to leave that system better than you found it,” she says. Pity anyone who tries to get in her way.

A version of this article appears in print in our third edition, Page 24 of T Australia with the headline:
‘Promising Young Women’
Order a copy | Subscribe