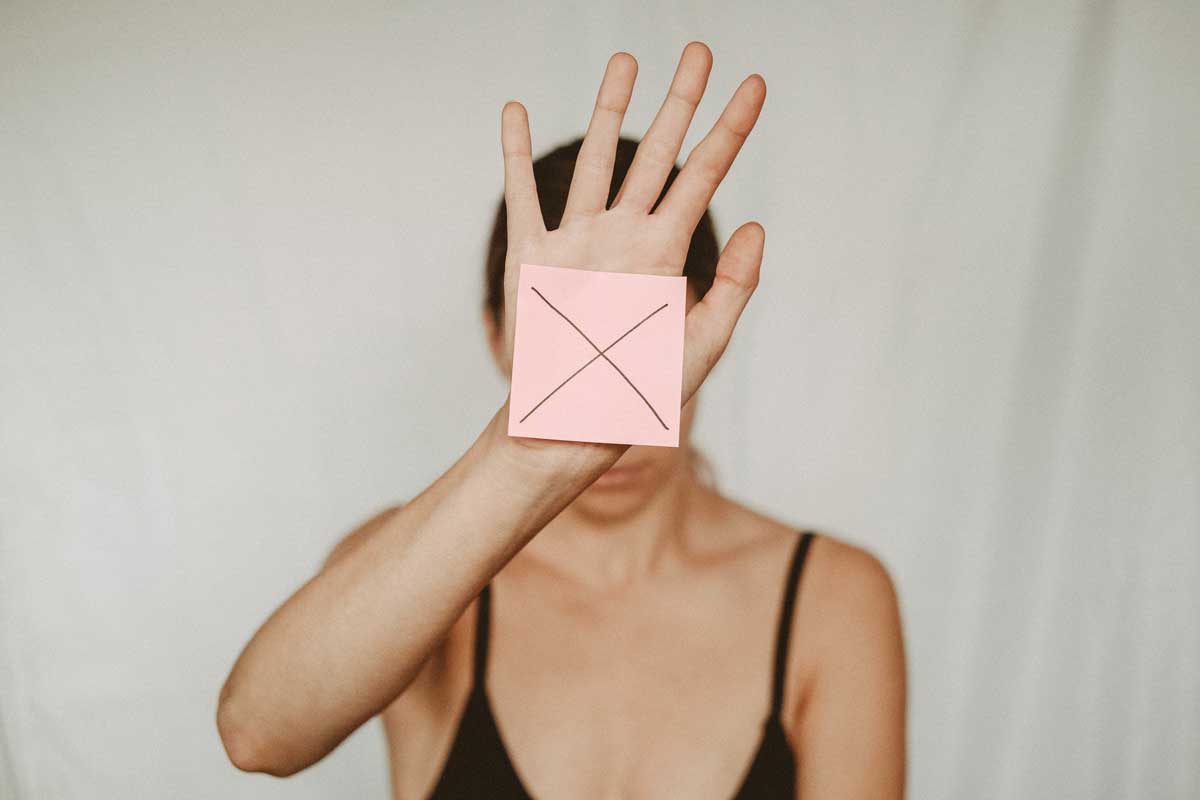 When it comes to making a life-changing decision, we’re choosing between two versions of ourselves. Photography by Anete Lusina.

“When people have no choice, life is almost unbearable,” writes psychologist Barry Schwartz in his book “The Paradox of Choice”. “But as the number of choices keeps growing, negative aspects of having a multitude of options begin to appear… until we become overloaded. At this point, choice no longer liberates but debilitates. It might even be said to tyrannise.”

In the 17 years since his book was published, social media, TV streaming services, dating apps and online shopping have only increased our options. In turn, they’ve also increased the agony of decision making through FOMO (fear of missing out) and FOBO (fear of better options).

We’ve been conditioned to believe choice is a good thing — and when the other option is no choice, well, it’s definitely the pick of the two. Still, we’ve been told that the more choices we have, the more freedom, self-determination, responsibility and control we have over our lives. Which is all well and good until you’re trying to compare endless electricity and internet packages to get the best value for money. Or you’re faced with 225 pairs of jeans on Net-a-Porter. Or until it’s midnight on a weekday and you still haven’t picked something to watch on Netflix (or Binge, or Stan, or Disney+).

For as long as our options have been increasing, psychologists have studied how people respond to them. The common refrain is that an overload of choices either paralyses people into a state of inertia in which they don’t make any choice at all, or it forces them into making panicked decisions. Neither result is in their best interest.

Another side effect of endless choice is that expectations are heightened while satisfaction is lowered. With so many options available, we assume the perfect solution is out there — we just need to spend time researching to find it. Any decision we make that has been considered so carefully should make us happy. In fact, when it comes to “choice overload”, as Schwartz calls it, we’re likely to be less satisfied, because we can’t shake the feeling that we missed out on something better, and we’re left questioning our choices.

Deciding between clothing, movies or electricity companies — stressful as the decision may be at the time — doesn’t tend to have a long-term impact. Any regret we might feel over such choices likely won’t influence the rest of our lives. Other decisions — career, location, partner, parenthood — are instantly life-changing. The higher the stakes, the stronger the decision-making paralysis. That’s because everyday decisions are about what we want to do; the big decisions are about who we want to be. When it comes to making a life-changing decision, we’re choosing between two versions of ourselves. We can’t know what we’ve never experienced, and yet we’re forced to let our current values determine those of our future selves. We get stuck between selves, uncertain of who we want to be.

Enter the decision-making coach — or, as US-based Diana Morris calls herself, the clarity coach. This kind of guidance lives somewhere under the umbrella of life coaching, but is arguably a more tailored service. While a life coach helps people identify and work towards a set of definite goals, a clarity coach “helps you become crystal clear about why you have these goals to begin with and the specific tools, experiences and resources you have at this very moment to bring them to life,” Morris explains.

“My clients come to me when they’ve reached a point where they’re sick of navigating situations and experiences that don’t represent who they truly are,” she continues. “It’s like they’ve been watching themselves go through the motions day after day and they’re ready to finally snap out of it.

Babette Bensoussan is one of the few decision-making coaches in Australia. Her clients are typically high-flying corporate types who are deciding what move to make next or how to more effectively balance their careers with their family and social lives. “I work with people who are transitioning from one role into another, or who want to be promoted, or leave their corporate job to start their own business, or mothers returning to the workforce,” she says. “My job is to help them make better decisions on the way to achieving their goals. It’s often about working out what they are doing to get in their own way, plus dealing with doubt and their blind spots or biases.

“We all need someone independent who can walk beside us during a challenging time,” says Bensoussan. While friends and family can offer advice, they see you through a lens that doesn’t show the whole picture. And while a therapist can make recommendations, they typically base them on what they know of your past. “A coach just says, ‘How can I help and walk with you to get there?’ There’s no judgement,” explains Bensoussan.

Morris helps her clients by “giving them space to question and challenge the stories they’ve been told about what’s possible for them and what’s required of them, including the stories they tell themselves”. She says this act of questioning and challenging “allows them to make decisions and take action in ways that reflect what’s real and true for them, rather than simply living out the traditional roadmap to success: get a degree, find a job, buy a house, marry your one true love”.

Says Bensoussan, “So many times, instead of taking control of your life, you float through it. Then you reach a certain age and start regretting things: ‘Oh, I could have done this, I could have done that.’ What’s stopping you from doing it now? No one’s challenging their own assumptions or their limiting beliefs. It’s about making decisions. You know how to live your life; it’s now about creating your life.”

Morris’ approach is, likewise, step-by-step. In a one-on-one video session, she creates a bespoke action plan “to help you figure out the long goal — what it is that you’re actually trying to achieve here — and the specific steps you can take with the resources and experience you currently have”.

While the path ahead will sometimes be winding, and walking it may at times feel bewildering, Morris encourages her clients to trust their instincts. “There’s so much freedom in looking at life as an ongoing cycle of learning and unlearning, discovering and implementing,” she says. “Look at your path with compassionate curiosity and extend yourself some grace along the way. After all, we’re all making this up as we go.” And, she reassures, “very few decisions are permanent.”

“If you don’t like it, make another decision using the information that you now have that wasn’t available to you before. When we give ourselves permission to change our mind as often as we need to, we don’t feel so pressured to get it ‘right’ the first time or avoid the choosing altogether, because we know it’s not the last time and that, regardless of the outcome, we will be OK,” Morris continues. “Plus, even Net-a-Porter has a return policy.”