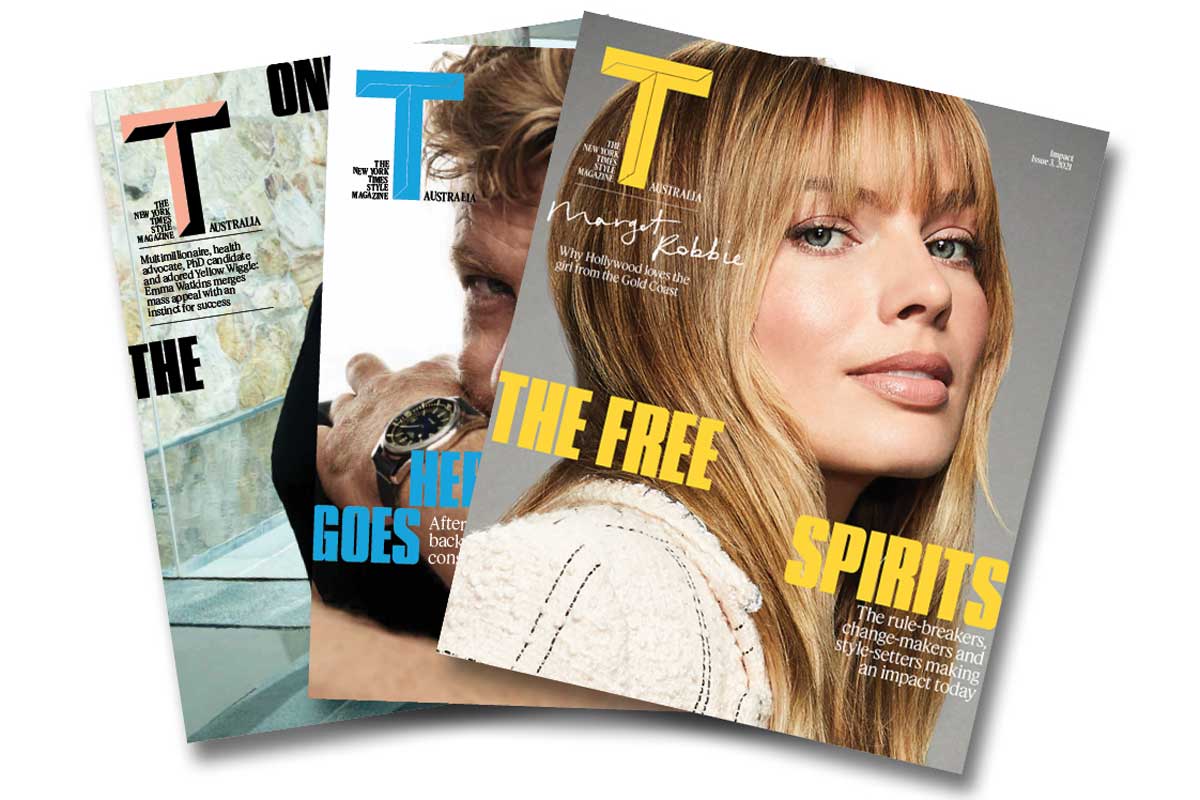 T Australia will move from four to six issues a year in 2022.

After a successful first year, T Australia would like to announce that we will be moving its print frequency from four issues a year to six issues a year in the coming year. T Australia Editor in Chief and Publisher, Katarina Kroslakova credits a warm response from readers and brands, as well as an innovative and modern distribution strategy, for the increase in its print edition frequency for the second year in the market.

“The increase of T Australia to a bi-monthly magazine brings a new opportunity to feature local and international content more regularly to readers. Showcasing the best of Australia within a global context, the magazine will continue to provide a record of the local zeitgeist,” says Kroslakova.

T Australia launched in March 2021 as a quarterly print magazine and digital platform. The magazine was introduced to the Australian media landscape during the global pandemic and following the loss of key Australian titles, responding to an opening in the market.

The third print edition of T Australia is now available, starring one of Australia’s most coveted, global exports, Margot Robbie and internationally renowned contributors, and experts in their fields: Vanessa Friedman, the Fashion Director and Chief Fashion Critic for The New York Times, as well as Hetti Perkins and Besha Rodell.

“In our rapidly changing lives, particularly at the moment with most Australians affected by COVID-19 in some way, Issue 3 of T Australia really does capture this unusual moment in time — a period in which every one of us has been forced to take stock and consider the impact we have on those around us,” Kroslakova says.

Cover star, Margot Robbie, speaks to T Australia about growing up on the Gold Coast and being kept from her native Australia for much longer than planned. Robbie has made her significant mark in Hollywood, and is now a major player in the production industry, championing the work of female directors and screenwriters to tell difficult stories about women. Famed for her versatility, she speaks about her breadth of work, including the newly released The Suicide Squad movie and the upcoming live-action Barbie film.

The Impact issue also features award- winning author, Bri Lee, who is known for probing institutional flaws. Lee’s first book, Eggshell Skull, played a key role in the local #MeToo movement. Bri Lee will become a regular contributor for T Australia magazine, starting with Issue 4. Other Issue 3 highlights include a look at the challenges of crafting a legacy brand in the digital age, Narito Ishii, a Sydney fish handler with a cult following and an exploration of spreads inspired by that impactful toast-topper, Vegemite.

Order a copy of our first three issues online via our T Australia Shop and they’ll be delivered directly to your door. And sign up for our regular newsletter to be the first to hear our news, offers and discounts.