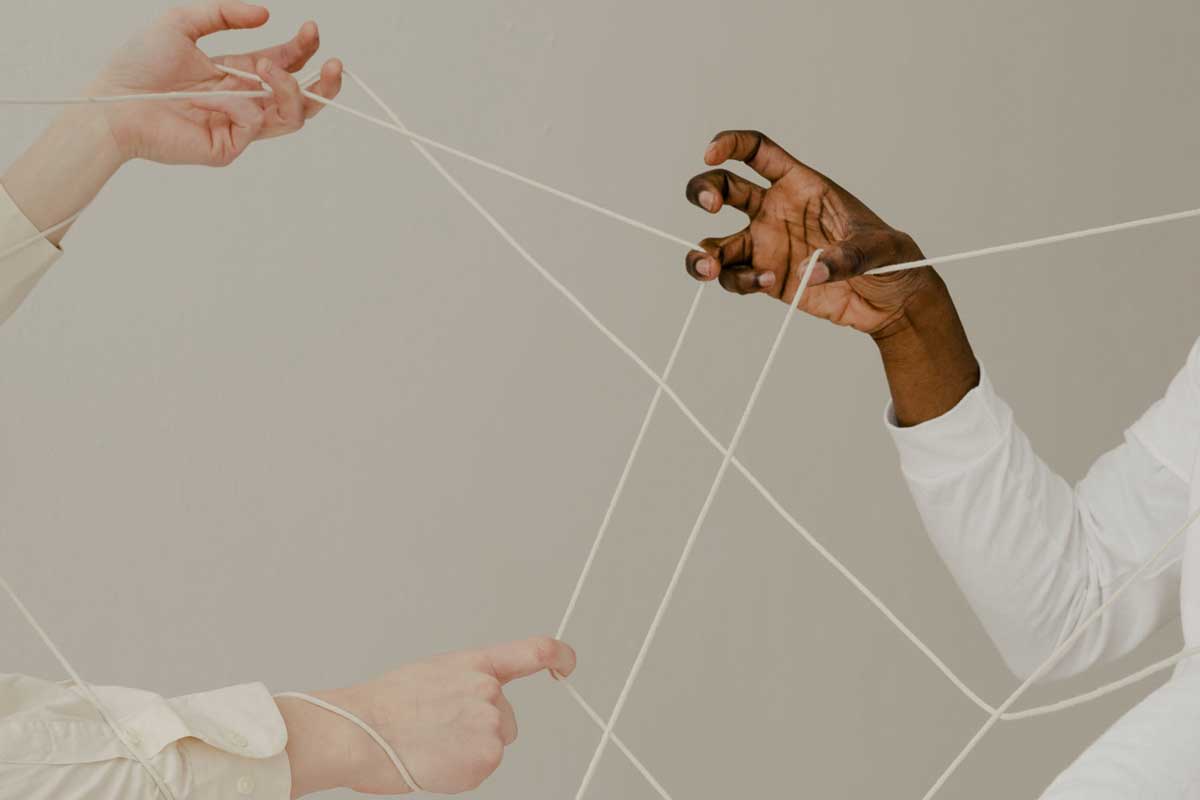 Cashmere has always been a luxury industry because it is light, retains heat and is a low yield crop. Photography by Daniel Dorsa.

Throughout history, cashmere has been seen as a luxury; aspirational, timeless, and considered an investment. In the last decade, though, the mass production and the democratisation of the fashion industry have caught up with cashmere. Once a highly expensive commodity reserved for an exclusive minority and wealthy fashionistas, casual cashmere has permeated the high street, with cheaper garments flooding the market. While we believe no one should be priced out of having comfortable clothes in their wardrobe, this shift has spelled problems for producers, their herds, and the natural world.

Cashmere is made of the fine winter undercoat produced by certain breeds of goats, such as the Zalaa Ginst white goat and Tibetan Plateau goat. The material has been in use since well before the 13th century when Marco Polo allegedly encountered wild goats that had been domesticated by people inside caves in Mongolia. Napoleon Bonaparte’s wife, Empress Josephine, further helped popularise the fabric as she began to wear pashmina-style shoulder shawls brought home from her husband’s travels. This sealed cashmere’s reputation as the height of fashion amongst the French upper class at the time.

By the 19th century, the fabric had made its way across Europe and became known as “kashmir” after the Kashmir Valley. This region of the Indian subcontinent has temperatures hitting as low as -40 degrees Celsius, and the region’s goats have developed downy undercoats that allow them to survive bitter winters. The material began being processed, treated and produced in other corners of the world from the 1800s. For example, Mongolia has long been prized for its craftsmanship of high-quality cashmere but it only began global exports in the post-Soviet era.

This century, a spike in demand paired with changes in World Trade Organization regulations, brought mass-production of cashmere to China, where The Nature Conservancy estimates there are over 100 million goats. This caused a severe strain in the industry, as less experienced herders are trying to meet large orders from fashion conglomerates, calling into question the quality of the cashmere being produced, the welfare of the goats, and the effect of increased goat populations on the natural world.

Ubiquity can spell trouble for a product as it loses its perceived value, especially one historically marketed as a luxury item. Cashmere has always been a luxury industry because it is light, retains heat and is a low yield crop. The global cashmere industry produces between 15,000 and 20,000 metric tonnes, but this only results in 6,500 tonnes of pure cashmere after it is cleaned. And according to the National Resources Defense Council, it takes a full year of growth from four goats to produce enough fibre for one sweater.

Significant increases in cashmere production in China has put pressure on all herders to keep many more goats and focus on quantity instead of quality. Designer Loro Piana believes it has created a problem. “Some growers, tempted by higher volumes, have gone for volume rather than quality,” she says. The quality of the fleece is evaluated according to the hair’s length, thickness, and degree of crimping, all of which are direct reflections of the animal’s overall health. High-quality cashmere is renowned for its very fine, long fibres, which create its incredibly warm and soft finish. Lengthier cashmere fibres also maintain their integrity for a longer time, allowing garments to retain their structure, and will typically only pill once.

But we’re now seeing a vast increase in low-priced, mass-market cashmere due to the rise in global supply, and you can now shop a simple cashmere sweater for under $100. This has led to a significant drop in quality, with coarser, short fibre becoming commonly used, resulting in garments that persistently pill. Low-quality cashmere also becomes a part of ‘cashmere blends’, which bulked out with synthetic materials, and often contain as little as 5% cashmere. These blends don’t have the warmth or resilience of pure cashmere, are not biodegradable, can no longer be recycled and often don’t last more than a season of wear. But this isn’t the only sustainability issue with the new era of cashmere. Soft cashmere is also hard on the environment.

Cashmere supply cannot keep up with demand in a sustainable way. While cotton, silk, or leather can be produced in modified farming systems, cashmere production relies on natural grasslands in limited areas of the world. As a result, it is especially vulnerable to environmental change. And the spike in production has led to larger herd sizes being raised than the alpine grazeland can handle. Cashmere goats are tough on fragile land. They consume 10 percent of their body weight daily, destroy plants by eating very close to root systems, and damage topsoil with their stiletto-like hoofs. They may be cute, but they’re causing extreme environmental stress!

For centuries, nomadic families have driven their goats across Mongolia’s steppe, preserving a way of life that goes back generations.  With no agriculture to speak of and little vegetation, the goats are a life source for the nomadic herders. This is a way of life that has existed for thousands of years and despite the global popularity of cashmere, its commercial success has not financially benefited the Mongolian herders.

The increased grazing pressure has led to the degradation of the native grasslands across the country which has only been exacerbated by climate change. This has led to desertification in the region, a phenomenon the media have labelled the “Cashmere Crisis”. In 2010, the combined impact of a summer drought, which reduced available forage in the grasslands, and an extremely severe winter (or ‘dzud’ in the Mongolian language), saw more than nine million domesticated animals perish in Mongolia, most of which were cashmere goats. This has caused severe dust storms and exacerbated herders’ economic hardship, with many being driven into poverty and displaced into urban slums.

Companies must recognise that their business depends on natural capital and impacts the welfare of the animal and the livelihoods of the producers at the base of their supply chain. Because it is derived from an animal source, the animal’s welfare is an essential factor to bear in mind when purchasing cashmere. It is unlikely that the animals have been treated with respect and care if the brand cannot disclose or does not know where the fabric was sourced.

Luxury brands, including our beloved ESSE Studios, are more selective in their sourcing, centring on Mongolia and Inner Mongolia and using only the finer, longer and whiter fibres. Sustainably sourced cashmere from Mongolia ensures that the cashmere is almost always organic and sourced from well looked after animals whose flock has been hand combed, as shearing can be very stressful. Even though it takes more time and effort to hand comb, herders have over 2,000 years of nomadic herding tradition to uphold. This approach is still the best thing for their goats and for the resulting garments. Many Mongolian herders are also trying to adapt by forming communities. This allows them to manage their pastures, pool their labour, and slow down the degradation of their land.

We only see a future for cashmere where labels are actively working with their suppliers to create resilient production systems such as sustainable herding practices and holistic management of pasturelands. Fashion labels must consider the herding communities in their supply chains and make it worth their while to farm less but smarter. We believe collaborative efforts could provide an opportunity to create a cashmere industry that helps regenerate natural systems and supports the livelihoods of millions of people who may otherwise face poverty. Supporting suppliers means protecting the price to ensure they are able to value quality over quantity.

There is a reason why cashmere should remain in the luxury market; it ensures that the highly skilled communities who have historically relied upon the industry for their livelihood can continue to do so. They know how to care for the goats and create the best cashmere with the smallest impact on the natural environment. We want cashmere to be able to fit right into that classic, elegant closet of your dreams. But for that to continue, we have to be sure that our choices are both ethical and sustainable. Otherwise, the industry may not outlive this ongoing democratisation of cashmere.

Kelly Atkinson is the Creative Director of Showroom X. For more articles written by her, visit the Showroom X blog and website.