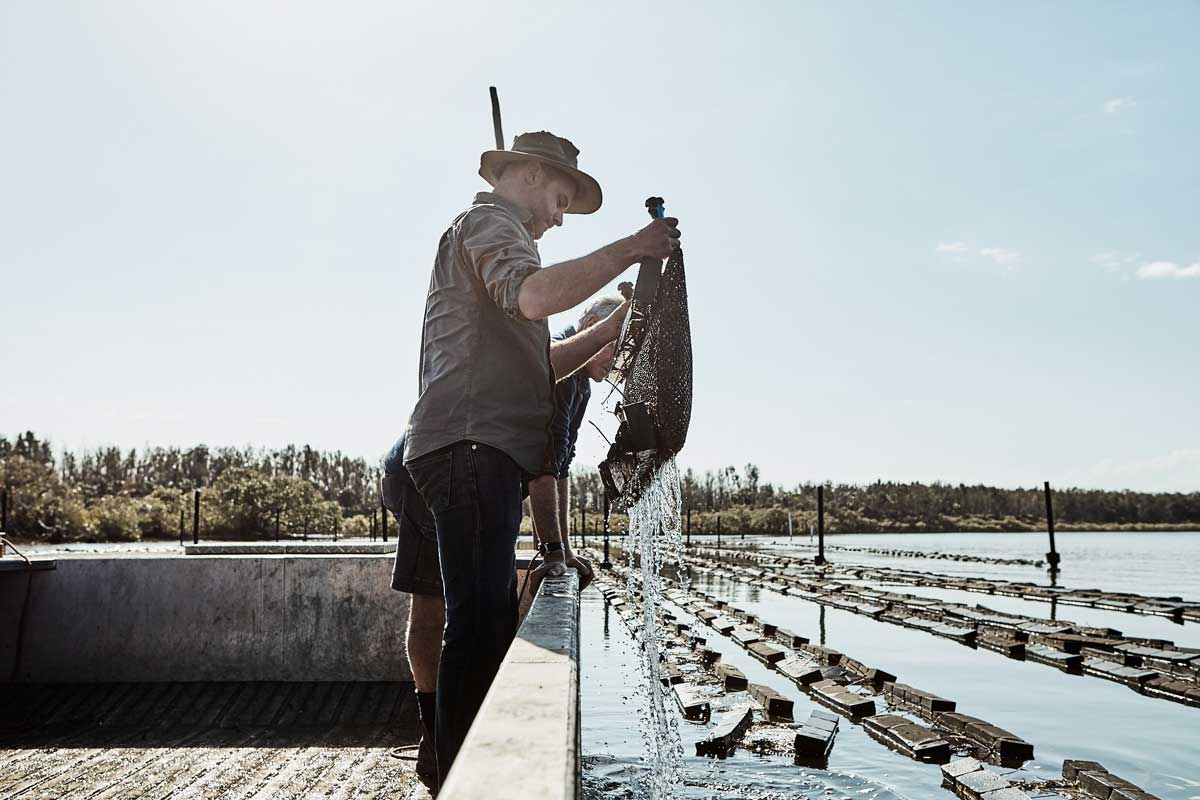 Like wine, the delicate nuances of taste that inhabit every oyster emanate from where it spent its life. Photography courtesy of East 33.

Characterised by a rich creamy taste, deep, lasting sweetness, and minerally flavour, Sydney Rock Oysters are viewed by oyster aficionados as the best in the world. Even Australian chef and restaurateur Neil Perry counts himself as one of their biggest fans.

“I’ve tasted oysters all around the world and nothing has tasted as amazing as those incredible iodine explosions of flavour, the minerality and the saltiness and the brininess that Sydney rocks bring,” Perry told T Australia earlier this year.

The popularity of the prized mollusc is such that East 33, a collective of Australian oyster farmers, supplies over 500 of Sydney’s most revered restaurants with the produce and delivers straight into homes in Sydney, Melbourne, and Brisbane.

As Sydney Rock Oysters have emerged as a contemporary luxury food, more attention and importance have been paid to their provenance. Like wine, the delicate nuances of taste that inhabit every oyster emanate from where it spent its life. For East 33, which sources its premium oysters from three regions along the New South Wales coastline, the differences in flavour and texture are their unique selling point.

To showcase these distinctions and spotlight the work of artisans and producers, East 33 has joined forces with the renowned New Zealand winery, Cloudy Bay, to create a video series, illustrating the parallels between provenance and the art of growing. The videos continue East 33’s mission to improve the industry through shared knowledge and ensure its continuation into the years to come.

Hosted by East 33 head of farming, Steve Verdich and Cloudy Bay’s technical director Jim White, The Cultivation of Craft series will be released weekly on East 33 social media channels, with the first episode available now. “The aim of the videos is to showcase an oyster’s three-year journey and what it takes to get Sydney Rock Oysters onto diners’ plates, and pour the perfect sauvignon blanc into a glass,” Verdich says. “We hope to encapsulate the importance of both provenance and craft and how the most skilled farmers and winemakers bring them both together.”

The educational series campaign – which will culminate in the worldwide release of Cloudy Bay’s 2021 Sauvignon Blanc and 2019 Te Koko Sauvignon Blanc – was shot at Wallis Lake, north of Sydney, where Sydney Rock Oysters have been cultivated since 1889. Some scenes were also produced at Cloudy Bay’s vineyard on New Zealand’s South Island.

“We are excited to work with the winemakers at Cloudy Bay because they have an enviable international presence, heritage and reputation, and their excellent Sauvignon Blanc is a perfect pairing with our oysters!” says Verdich.

To celebrate the video series and bring this oyster and wine pairing to life, East 33 will be offering two dozen prized oysters along with Cloudy Bay’s 2021 Sauvignon Blanc and 2019 Te Koko Sauvignon Blanc on East 33’s website from October onwards.