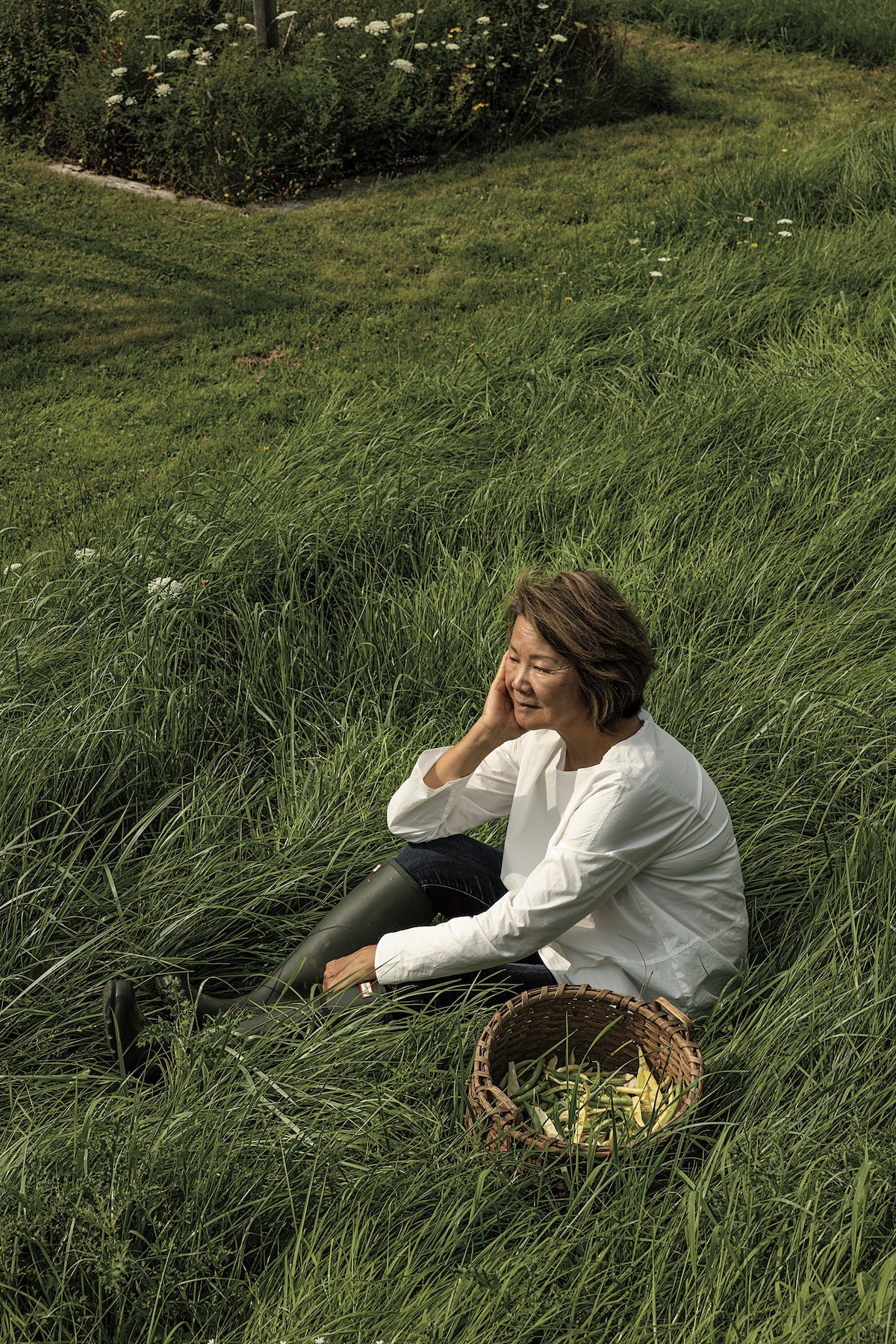 My husband and I have had this house on an island in midcoast Maine for nearly 40 years. When we bought it, he was teaching at Haystack Mountain School of Crafts on nearby Deer Isle, and his best friend, the painter Eric Hopkins, took us by boat to this island, where his family lived, for a visit. We got stranded here for two days because of thick fog. But during that time, Eric’s mother showed us an old dairy farm — it dates to 1794 and had been abandoned for years — and said, “It’s perfect for young people like you who have lots of time and no money.” We made an offer to buy it because we had nothing better to do.

I have two gardens at the house: one with lettuces, herbs and peas, and a larger one with potatoes, cabbage, broccoli, eggplant, Brussels sprouts, cauliflower, squash, peppers and enough onions to supply my family for a whole year. My interest in gardening goes back to my childhood. When I was growing up in postwar Japan, the country was still occupied by the United States and there was a severe food shortage. I lived with my grandmother, who was an amazing gardener, and though her specialty was roses, she planted vegetables to sustain the family. When we got the house in Maine, there was only a small general store on the island, so we couldn’t buy fresh vegetables. I panicked, too, because we were raising our child mostly in New York City and I didn’t want her to grow up with no idea about where a carrot comes from. So I started the garden both out of need and to educate.

Eventually, I began to think of gardening as linked to my architecture practice. It takes a long time to realise a building, but gardening provides almost instantaneous gratification. You plant a seed, it grows and it’s such a pleasure to see results so quickly. In the long term, though, what’s most important is cultivating a terroir. In architecture, the way we do that is by creating community: you must have consensus, willingness and investment. In that sense, I would argue that architecture is closer to agriculture than it is to industrial production.

When you’re a gardener, you also have to be incredibly observant about the weather, pests, the state of the soil. You need to learn how to weed and to recognise bad ideas, the ones that might be harmful. It’s about cycles, too. There are annuals and perennials, a distinction that offers an appealing metaphor for design. Maybe for an industrial designer annuals are more intriguing, but in architecture we try to plant perennials that get stronger over the years. I’m interested in looking ahead to a time when our primary building materials might be plant-based. So in a way, spending time in the garden is simply part of the habit of creation, but it’s also a problem-solving exercise for me and a source of inspiration for the future. I think sometimes that one day my buildings might actually become edible.

This is an extract from an article that appears in print in our seventh edition, Page 76 of T Australia with the headline: “The Artist’s Way”
Order a copy | Subscribe 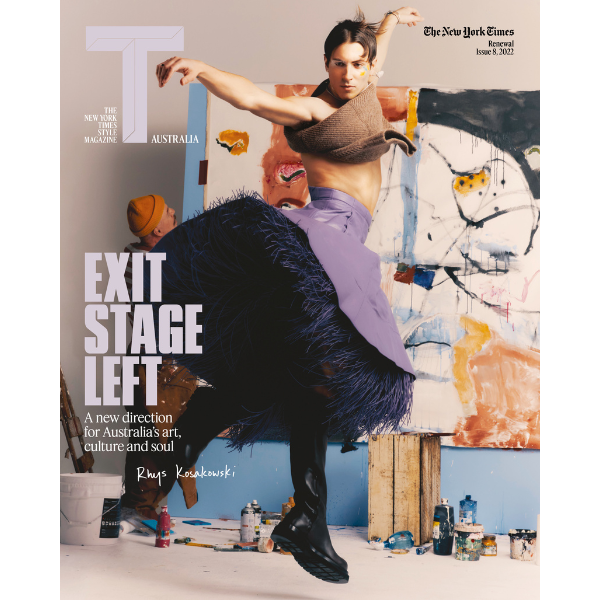 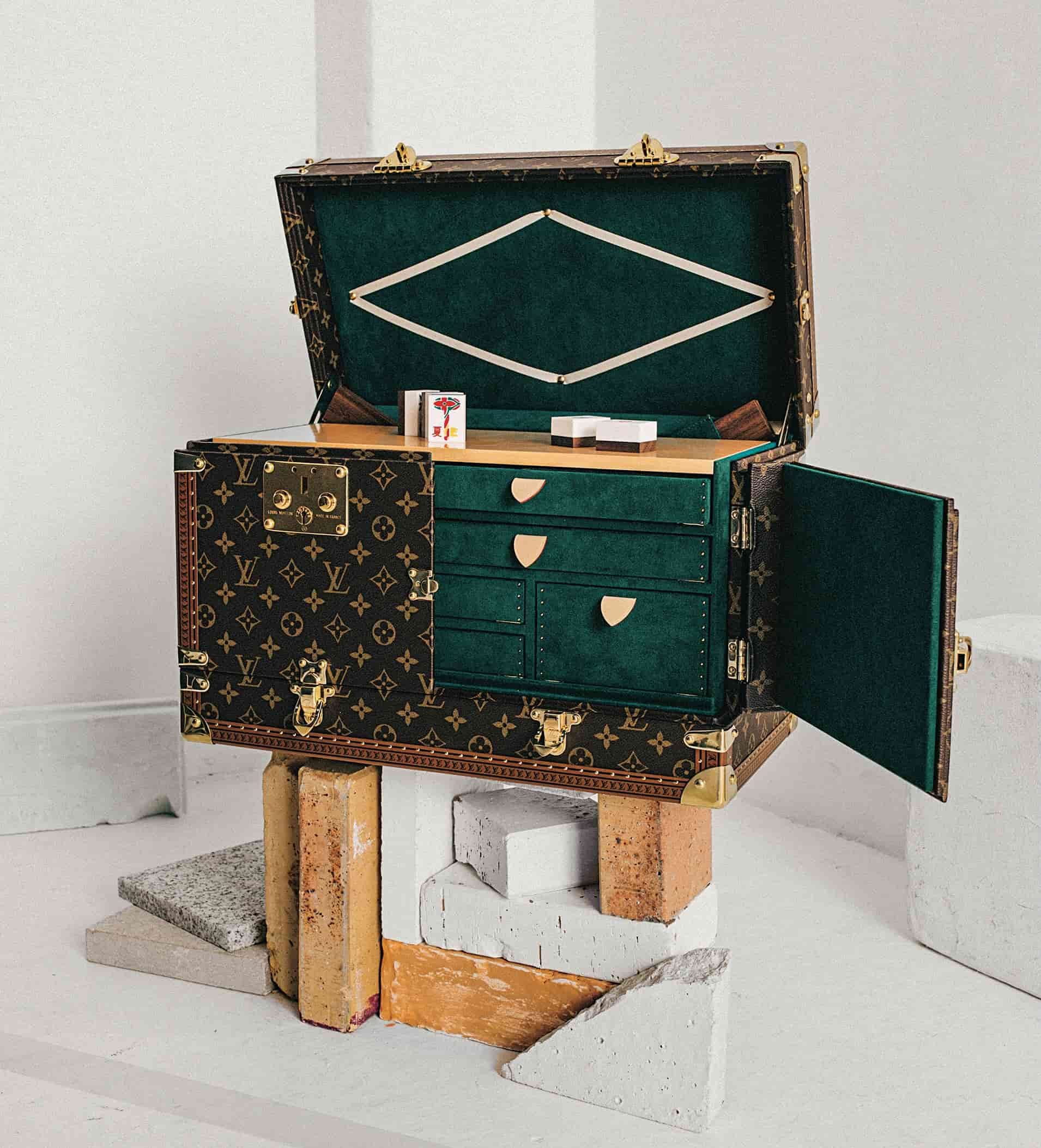