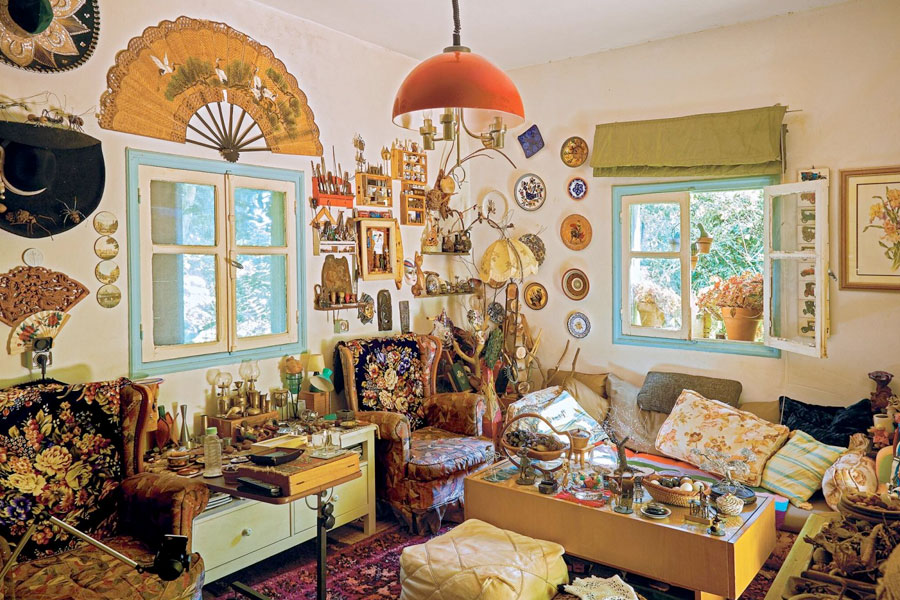 In the chef Soufiane Lezaar’s living room, plates of Spanish, Moroccan, Italian and Slavic design and collections of masks, fans, tools and toys. A quilted leather pouf sits atop a boucherouite rug in shades of pink and violet. (Guido Taroni)

The Italian Horticulturist  and writer Umberto Pasti has always been a collector, not merely of things and plants — his homes in Milan, Tangier and the Moroccan village of Rohuna are chockablock with Neolithic pottery, antique textiles and Berber pots; his gardens hold roughly 2,000 species of native and exotic flora — but also of people: the more creative and eccentric, the better.

For example, in Rohuna, a rural outpost over 40 miles south of Tangier where Pasti, 63, built his house two decades ago, he met a teenager named Najim Imran, who would likely have become a shepherd had Pasti not sent him to Tangier to study carpentry. Now 30, Imran and his cousin Othman, also 30, use branches of the flowering strawberry tree to build brightly colored painted chairs and tables evocative of 18th-century English garden furniture.

But Pasti’s most unusual aesthetic collaboration has been with his cook, Soufiane Lezaar, 37. The two met five years ago in Tangier, and while Pasti was impressed by the chef’s skills in the kitchen, especially his fluency in European standards such as bouillabaisse and paella, he also encouraged his new employee to pursue his interest in sculpting with galvanized stainless-steel wire. Since then, Lezaar’s graceful tabletop trees, which appear whipsawed by the North African wind, have been sold at London’s Tristan Hoare gallery.

However, it’s the pair’s obsession with collecting that truly binds them. While other homeowners might prefer their live-in cook keep an antiseptic apartment, Pasti celebrates Lezaar’s magpie urge to acquire, a compulsion facilitated by Tangier’s famous flea markets. Virtually every crevice and curve of his 500-square-foot, three-room quarters at the rear of the 4,300-square-foot Tangerine-style house that Pasti shares with his partner, the 63-year-old French fashion designer Stephan Janson, is crammed with vintage finds.

Layered with both story and history, the Mediterranean-style flat makes the main home — a whale’s vertebrae sit atop a 17th-century northern German wardrobe, above which hangs the border of a 17th-century Isfahan rug — feel airy by comparison. But Pasti’s belief is that Lezaar’s environment is less a cabinet de curiosité than “a living Cornell box,” the dioramas redolent with found objects by the 20th-century American artist Joseph Cornell. “It’s like entering someone’s inner world — their mind,” Pasti says.

It would be impossible to accurately catalog Lezaar’s items, though the men estimate there are at least 10,000. The 200-square-foot living room alone holds about 80 pieces of furniture — wingback chairs upholstered in an Art Deco print, a 1940s octagonal end table, settees covered in kilims and boujaads — that provide display space for assemblages of smaller objects. To some people, such a space would feel claustrophobic, “but I find it comfortable,” says Lezaar, gesturing toward the dozens of tiny tin cars, alabaster eggs, porcelain dolls, archaic medical instruments, miniature airplanes, beaded necklaces and carved gourds.

Several walls are hung with his agglomeration of international plates, ranging from Dutch Delft to Japanese Imari; above his bed is a series of thrift-shop watercolors. A collection of owls in china, glass and wood fill the bottom of the kitchen’s Moroccan wall shelf, known as a morfa. On top of it, Lezaar keeps at least 60 pairs of vintage shears.

That Lezaar’s collecting seems to be escalating is a source of shared joy between the men. No one seems to worry that the space will get too crowded. In fact, Pasti feels energized by his chef’s expanding vision: He believes it contributes to Lezaar’s aesthetic journey, which ultimately is more important to him than being served the perfect soufflé. “After dinner, he leaves on his motorbike and goes to the night market to buy and buy,” Pasti says. “And then in the morning, he shows me everything. It’s heaven.” 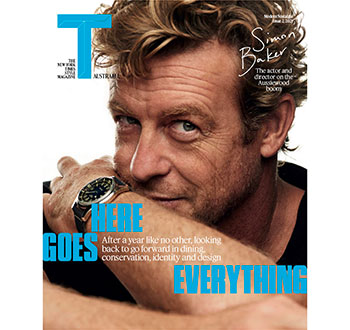